You already know that your Canon DSLR can shoot great video. But did you know that it can shoot even better video if you install a free enhancement, called Magic Lantern?

Magic Lantern adds functionality on top of your camera’s existing user interface - sort of like a free upgrade that you install via your SD card. The added features make it easier to use your camera to capture professional quality sound and video. When we shoot video at the Videopixie HQ (on our EOS 60d), there are six key Magic Lantern features that we can’t live without:

On-screen Audio Metering, to See Sound Levels as we Shoot 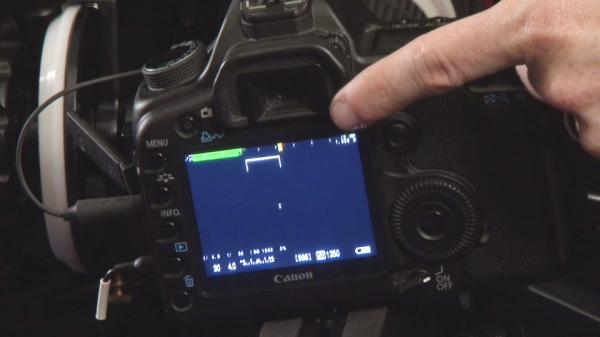 Magic Lantern adds two green bars at the top of the display to show the amount of sound coming into the left and right audio channels. They bounce up and down in real time as your subject speaks, allowing you to instantly know if the audio is too quiet, or peaking too loud. No more finding out about the problem when you get back to your computer!

Headphone Monitoring, to Hear What’s Being Recorded, as we Shoot

With Magic Lantern installed, the AV port of the side of your camera now also carries the audio signal of exactly what is being recorded. Plug in the standard Canon AV cable, add a small $5 adapter, and then connect any pair of regular headphones. Now, you can hear exactly what the camera records. No more wondering whether that sneeze in the background was picked up by the camera - you’ll know for sure as it comes through your headphones loud and clear!

Magic Lanterns improvements to Canon’s auto gain control isn’t something you’ll be looking at or interacting with much, but it’ll being working in the background for you the entire time. To see how well it works, check out this comparison of gain controls. I’m pretty sure once you’ve heard the examples, you wont need any more convincing!

Zebras to See What is Over/Underexposed, as we Shoot 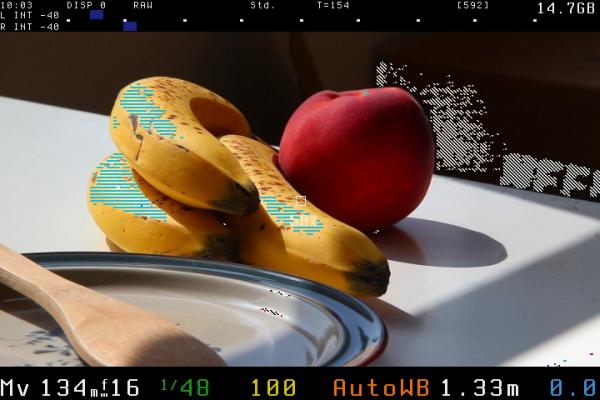 Magic Lantern overlays ‘zebras’ onto the ‘live view’ on your LCD to let you know when a portion of your scene is over-exposed, or under-exposed. ‘Zebras’ are sections on to which Magic Lantern draws hatched pattern, and they update in realtime, so you can easily figure what adjustments to make. We find these especially useful when there is natural sunlight around. We normally try to keep direct sunlight out of the scene (using mainly bounce light), but every so often it will creep into the corner, and the zebras let us know straight away!

If you’ve ever tried to shoot for a long time on your DSLR, you know that eventually the sensor overheats and you have to give the camera a break. Sometimes that coincides with with something you really want to capture, and then you’re SOL. Magic Lantern adds a small temperature readout at the top of the display, so you know when it’s time for everyone to take a quick break, before one is forced upon you! 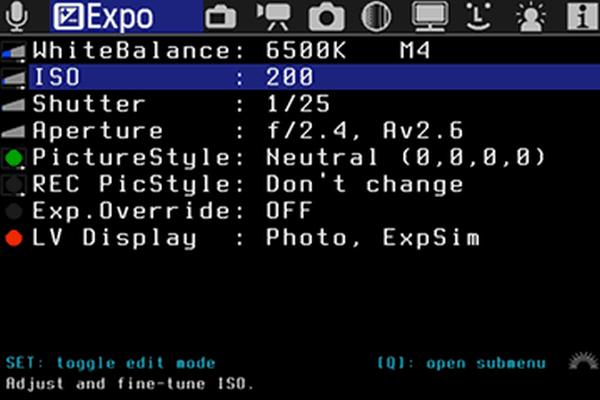 Magic Lantern makes it very easy to quickly see and adjust the exposure settings in use. We find that invaluable in marginal-light situations, where we need to keep control of the ISO. On our 60d (which is not full frame) an ISO of 400 or higher looks pretty crummy at 1080p. Having full and easy control of the exposure settings lets us squeeze as much quality as possible from the sensor.

Those are the six features that make the biggest difference to us, but Magic Lantern is chock full of other features that might turn out to be your favorites. If you haven't already tried Magic Lantern and you shoot video on a Canon DSLR then I implore you to give it a try. It easy enough to setup. Dont be put off by the length of the instructions - they’re only long to make them super easy to follow.

Once you have it installed, start playing. There is a detailed userguide, but you’ll probably have more fun if you just start twiddling knobs to see what happens. And as always, be sure to review your footage on a full-size screen before you roll into production - even with Magic Lantern, there’s no substitute to seeing and hearing your clips on a full-size HD display.

Finally, we’d like to thank (and pay homage to) the creators of Magic Lantern: Trammell Hudson, and the rest of the community. It’s really astounding that they were able to take an already great product and make it so much better - Thank You!

Thanks to Magic Lantern Userguide for some images. Those images are licensed under CC Attribution-Share Alike 3.0 Unported